As a composer and teacher, I often have the chance to explore areas of music and musical notation with which I am unfamiliar. A few years ago one of my students expressed an interest in composing “outside” the traditional Western idea of the equal tempered 12-tone scale. We decided to start our exploration with the concept of quarter tones. As so often is the case, the resulting study benefitted me as much as my student. Along the way, I was delighted to find my notation software was up to the challenge of creating and playing our various compositional attempts.

The simplest way to describe a quarter tone is a pitch falls halfway between what we think of as a half step (semitone) in the traditional western chromatic scale. A quarter tone scale contains twice as many notes (24) as its 12 note chromatic cousin. Here’s what Wikipedia has to say on the origins of quarter tone music:

Known as gadwal in Arabic, the quarter tone scale was developed in the Middle East in the eighteenth century and many of the first detailed writings in the nineteenth century Syria describe the scale as being of 24 equal tones. The invention of the scale is attributed to Mikhail Mishaqa whose work Essay on the Art of Music for the Emir Shihāb (al-Risāla al-shihābiyya fi ‘l-ṣinā ‘a al-mūsīqiyya) is devoted to the topic but also makes clear his teacher Sheikh Muhammad al-‘Attār’ (1764-1828) was one of many already familiar with the concept.

The quarter tone scale may be primarily considered a theoretical construct in Arabic music. The quarter tone gives musicians a “conceptual map” with which to discuss and compare intervals by number of quarter tones and this may be one of the reasons it accompanies a renewed interest in theory, with instruction in music theory being a mainstream requirement since that period. 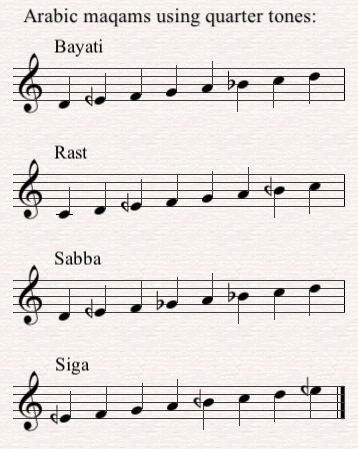 Although the quarter tones in this system are more of a theoretical than practical concept, the need for notation has become important in order to give music theorists something a little more concrete.

So, quarter tone notation for us “Westerners” is really just a logical extension of our standard chromatic scale.

Let’s start our project by building an ascending and descending 24 note quarter tone scale. Open a new project in Sibelius 6 or 7 with a solo violin staff in 4/4 meter. Using whatever input method you prefer, create a chromatic scale, with two notes of each pitch, as shown:

Next, let’s add in the appropriate quarter tone accidentals using sharps for the ascending and flats for the descending parts of the scale. But where are those four new accidentals you ask? Click on the double-flat selector in the Sibelius Keypad (top right) to access the less common accidentals.

Now add the appropriate quarter tone accidentals as shown in this illustration. 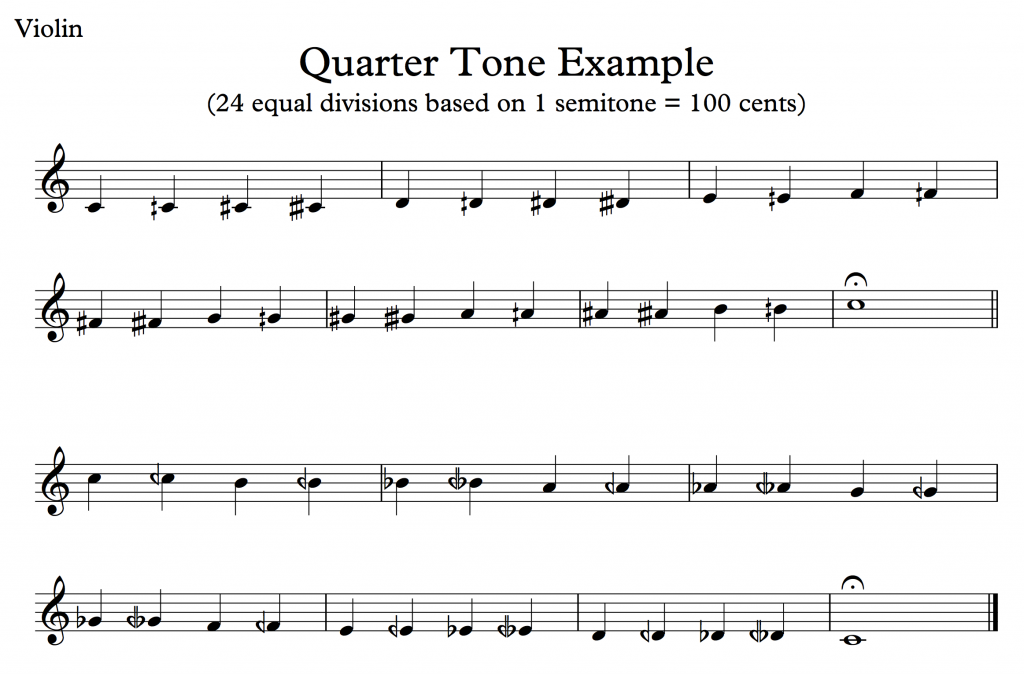 Cool! You’ve just notated your first 24 note quarter tone scale. Hit the play button. How does it sound!? What!? It sounds exactly the same as before you added the quarter tone accidentals … well let’s fix that!

The magic of Sibelius Plug-ins

One simple step is all that separates you from hearing your quarter tone creation – the Quarter-tone Playback plug-in.

OK, now have listen … kind of amazing isn’t it!? The plug-in works by adding invisible MIDI commands that “bend” the quarter tones to their appropriate in-the-cracks pitch. Show Hidden Objects in Sibelius to see these messages. 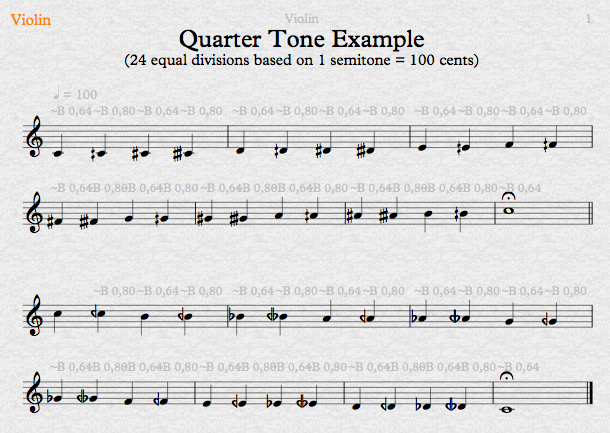 Sharing your creations with the world

While writing this tutorial, I became curious as to how many different ways Sibelius could authentically export my quarter tone creations. The answer is almost as many formats as Sibelius has to offer. I’ve included a test file for you to test exporting. I have successfully exported my example from Sibelius 7 to: Sibelius 6, Scorch, MIDI, and an audio file.

One of the more amazing conversions doesn’t even require exporting – the sample file opens and plays accurately in Avid Scorch for iPad! You’ll find other tantalizing tidbits in the Sibelius Reference PDF, including the fact that all quarter tone accidentals are transposable and can be enharmonically respelled – just like good old regular accidentals!

I believe it is paramount for composers and musicians to seek out new avenues of expression. While quarter tone music, and for that matter many other forms of microtonalism, has been documented for centuries, its adoption by Western composers has not been that widespread. Yes, Charles Ives proposed some harmonic structures and there are examples of clarinets and trumpets adapted to play quarter tones, but even now in the 21st century, the catalog of this type of music remains relatively small. I hope this tutorial and brief history lesson encourages you to take advantage of your newfound notation and playback skills in Sibelius. As a trombonist, I can’t wait to compose and perform a new piece. I’ll call it Two Bits for 14 Positions!

Some links to get your quarter tone juices flowing:

A. Eric Heukeshoven (b. 1956) is a first generation American – son of a German immigrant father and Scandinavian mother. Heukeshoven holds a BA in Music Composition and Theory from the University of Minnesota-Minneapolis and an MS in Music Technology from the Jacobs School of Music at Indiana University. His mentors include Dominick Argento, Paul Fetler, Frank Bencriscutto, Tom Root, Erik Stokes, Kevin Dobbe, and John Paulson.
As Assistant Professor of Music at Saint Mary’s University of Minnesota (Winona), Heukeshoven directs the Music Industry and Jazz programs. He also teaches composition, arranging, low brass, organ, and jazz piano. He also leads and performs with the SMU Brass Ensemble.

In fall of 2012, Heukeshoven’s “Centennial Suite” will be presented as part of a year-long celebration of the 100th anniversary of Saint Mary’s University. The three movement work for concert band and choir was commissioned by the school and is a collaborative project with Dr. Patrick M. O’Shea, Saint Mary’s director of choirs.

“Preghiera Semplice” (available from Alliance Publications) for SATB choir was commissioned by the Saint Mary’s University Chamber Singers. The work, based on an Italian translation of “The Prayer of St. Francis”, received its premiere performances in St. Peter’s Basilica at the Vatican and also at the Basilica of St. Francis in Assisi during the ensemble’s 2011 international tour. The composition was also selected as one of three winners of the first annual Choral Competition at Morningside College.

Other commissions include works for the Sheldon Theatre Brass Band (Red Wing, MN), Winona State University Summer Dixieland Jazz Workshop, and many diverse compositions ranging from the traditional to a duet for steam calliope and tuba!

Many of Heukeshoven’s compositions are performed throughout the U.S. and in Europe and he is in demand as a jazz musician as well as a composer/arranger. He is a member of the American Composers Forum, American Guild of Organists, ASCAP, and Phi Mu Alpha Sinfonia. Heukeshoven lives in Winona, MN with his wife Janet and their two sons, Hans and Max. Several of the composer’s works are currently in the Alliance Publications, Inc. catalog — http://www.apimusic.org/ 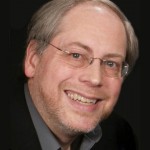